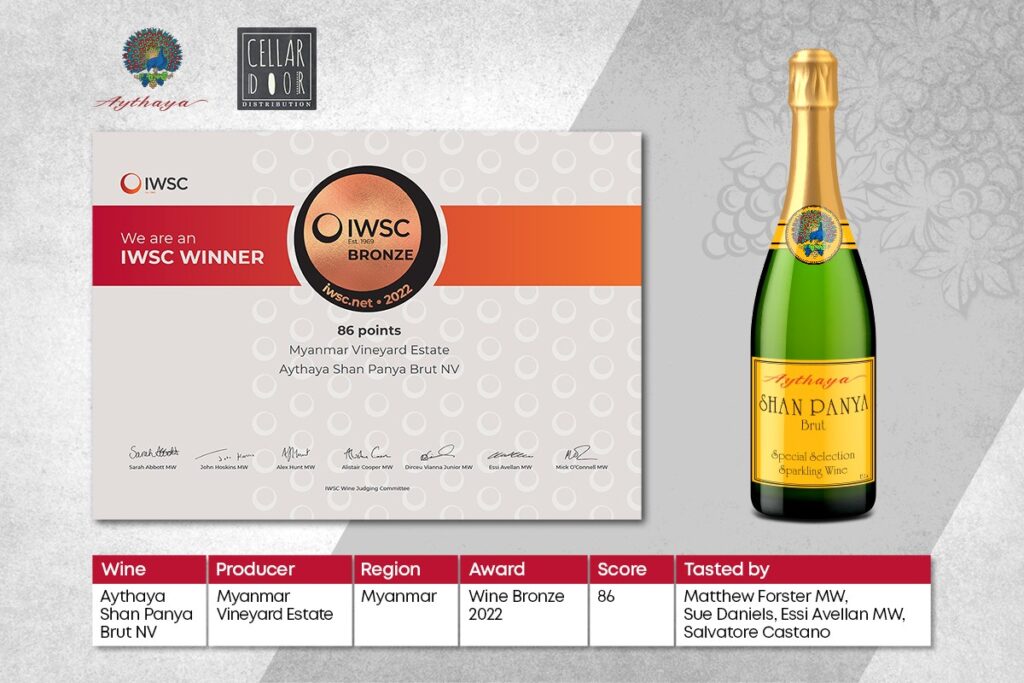 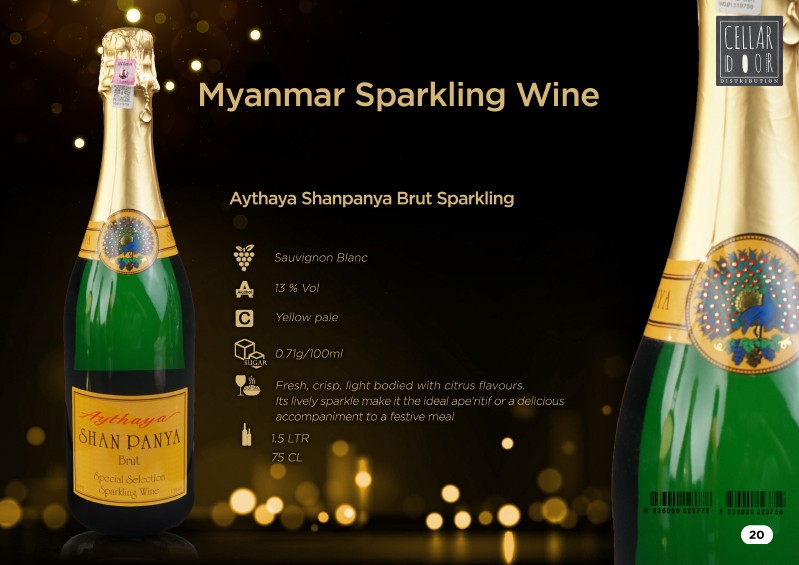 Yangon, Myanmar, 11 July 2022 – Myanmar 1st Vineyard Estate (MVE), the producer of locally-made wines under the Aythaya brand, and Cellar Door Distribution, the distributor of the Aythaya brand both domestically and internationally, are delighted to announce that Aythaya Shan Panya Brut NV, a sparkling wine, has been awarded a Bronze Medal at the 2022 International Wine and Spirit Competition (IWSC). This is the first time a wine from Myanmar has been recognised with an award at IWSC, which is regarded as the world’s most prestigious competition for wines and spirits.

Aythaya Shan Panya Brut NV, 13% ABV, is produced by MVE at its vineyard located in Htone Bo, Aythaya, Taunggyi, southern Shan State, Myanmar. It is a sparkling wine produced using Sauvignon Blanc, a white-wine grape that originates from the Bordeaux region of France.

The IWSC judging panel, made up of wine experts from across the globe, awarded the Aythaya Shan Panya Brut NV a Bronze Medal with a score of 86, recognising its excellence and exceptional quality. The judges were impressed with the Aythaya Shan Panya Brut NV, describing it as: “Yuzu, straw and yellow apples on the nose. Weighty in the mouth and some oxidative notes.” One of the judges was Essi Avellan, a Master of Wine from Finland who specialises in sparkling wine and champagne. She is also a reputed wine judge and author of books about wine.

“It is an honour for the Aythaya brand of wines to be awarded a medal at the prestigious and globally-recognised International Wine and Spirit Competition. We are thrilled with the high quality of the Aythaya Shan Panya Brut NV, which is proudly made in Myanmar by a dedicated team who work hard to grow, harvest and make the wines. The award from IWSC is truly a recognition of the team’s efforts and we will continue striving to bring excellence to the wines we produce in Myanmar,” said Mr. Hans Eduard Leiendecker, Chief Executive Officer of Myanmar 1st Vineyard Estate, which produces Aythaya wines.

“The IWSC is the oldest wines and spirits competition in the world, known for the quality of its judges and the scope of its wines and spirits judging. The team at MVE have been working for some years to produce a world-class Brut, or sparkling wine, and the award from IWSC recognises their high level of winemaking. They have done Myanmar proud to put the Aythaya Shan Panya Brut NV and the Aythaya brand on the global map,” said Mr SteveMawby, Chief Executive of Cellar Door Distribution, which distributes Aythaya wines.

Aythaya wines can be purchased from Cellar Door Distribution, at marketplace, City Mart, and Ocean supermarkets, as well as wine and liquor stores across the country. 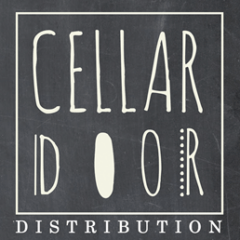